Brad Pitt Shows Respect to the Program of Alcoholics Anonymous

One of Hollywood’s most famous names has spoken out about his struggle with addiction and the program that came to his rescue: Alcoholics Anonymous 12 Step Program.

Brad Pitt may seem like the guy who has it all, including 6 kids, an ex-wife who happens to be one of America’s most beautiful woman and enough box office hits to keep him paid for a lifetime, but that didn’t save him from the cunning and devastating waste land of addiction.

“I can’t remember a day since I got out of college when I wasn’t boozing or had a spliff, or something. I stopped everything except boozing when I started my family. But even this last year, you know—things I wasn’t dealing with. I was boozing too much.” he reported to GQ magazine in 2017 after 6 months of sobriety.  He could “drink a Russian under the table with his own vodka. I was a professional. I was good,” Pitt said.

“You had all these men sitting around being open and honest in a way I have never heard,” He said, after 18 months of AA meetings. “It was actually really freeing just to expose the ugly sides of yourself. There’s great value in that”  “I had taken things as far as I could take it, so I removed my drinking privileges,” he told the Times.

Pitt knew he still needed to make changes after his divorce and getting sober. He took an honest inventory of his life, to include all the challenges he had chosen to ignore, which never went no matter how long he looked the other way. “The fact is, we all carry pain, grief and loss,” he said. “We spend most of our time hiding it, but it’s there, it’s in you. So you open up those boxes.”

Fame has not always been an easy concept for Pitt. “In the 90’s, all that attention really threw me. It was really uncomfortable for me, the cacophony of expectations and judgments. I really became a bit of a hermit and just bonged myself into oblivion.”

Now, with the life tools that AA has taught Pitt, anxiety is not a road block.  Life issues are manageable with life skills, and a supportive group of like minded people. 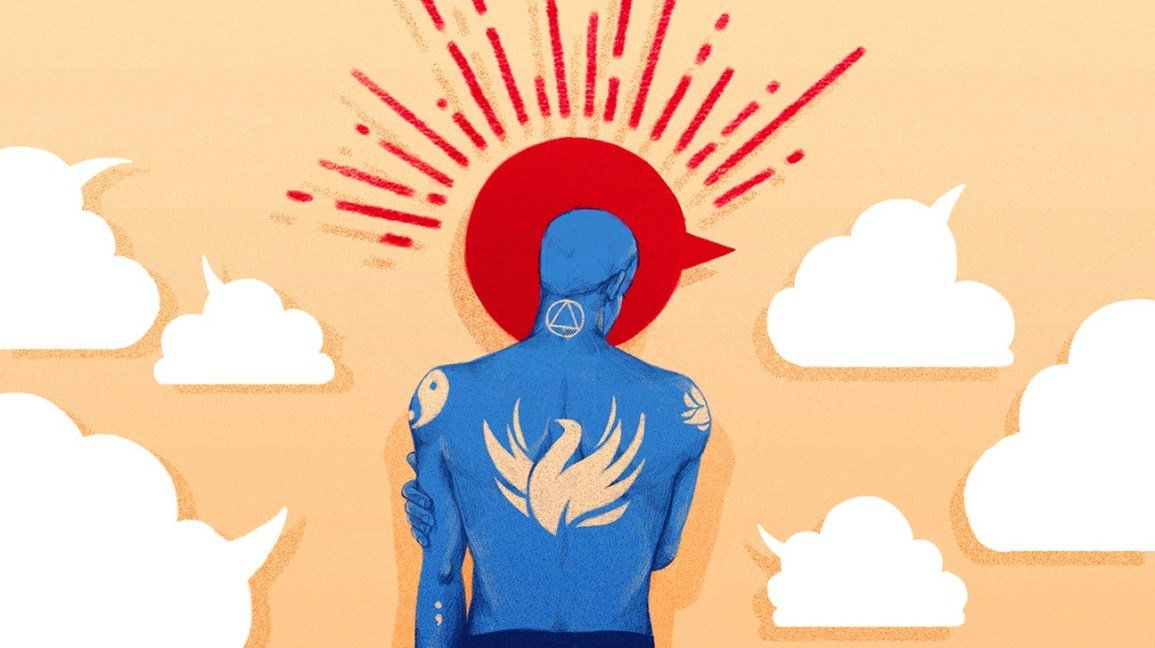