The Statistics are In: Alcoholism Is Still the Biggest Killer

In the Face of Opioid Epidemic, Alcohol is the Main Cause of Substance Abuse Deaths

With news honing in on the opioid crisis—understandably so—we don’t often zoom out to see that it’s just one patch on the larger red flag representing nationwide substance abuse as a whole. Alcoholism is claiming twice as many lives as opioids each year of the past decade. Several U.S. studies point to a substantial enough increase in alcohol abuse-related deaths to warrant a public health crisis label.

Americans are drinking more heavily, frequently and fatally than ever before.

Insight from the CDC

According to the Centers for Disease Control and Prevention (CDC), deaths attributable to excessive alcohol use are estimated to be 88,424 per year. That includes “chronic causes” and “acute causes” of death. The leading chronic causes are alcoholic liver disease, liver cirrhosis, alcohol dependence syndrome, alcohol abuse, hemorrhagic stroke, hypertension and several types of cancer. The leading acute causes—or those that occur in a shorter period of time—are motor-vehicle traffic crashes, suicide, homicide, fall injuries and alcohol poisoning.

Deaths due to any alcohol use, not just its abuse, amount to an astronomical 106,726 deaths per year. 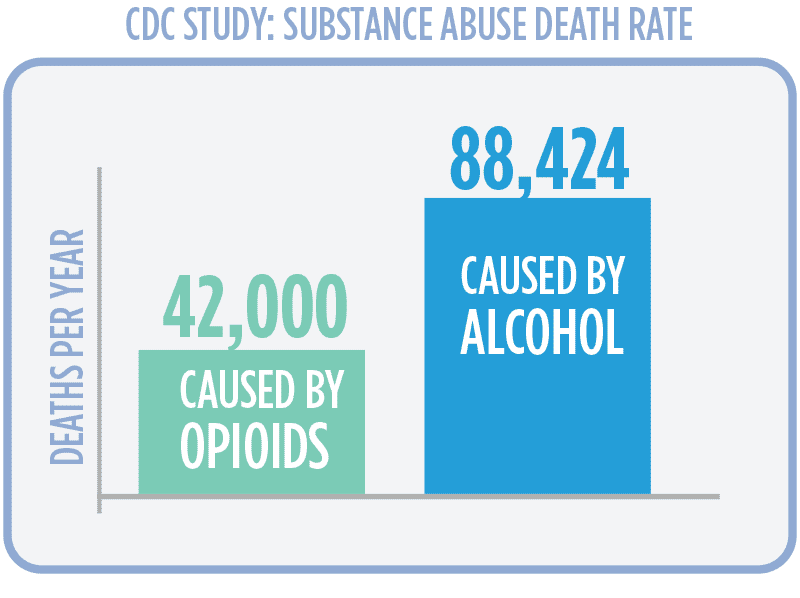 According to CDC data from the same time period, there’s an average of 55,403 deaths per year from drug-induced causes. The statistic factors in both legal and illegal drugs. More specifically, estimates show that there were:

The CDC data on alcohol-related deaths is based on averages collected from 2006 to 2010, and could be much greater today based on trends observed in similar studies. 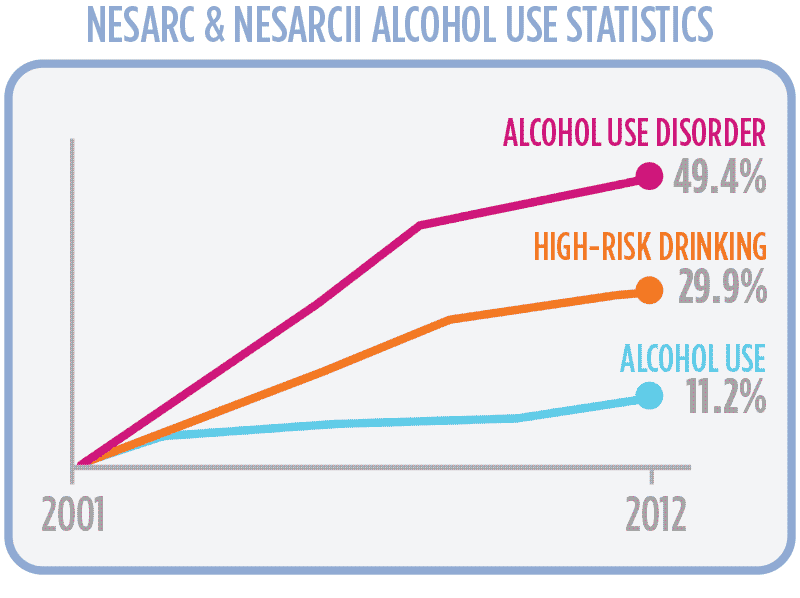 In 2017 JAMA Psychiatry published a comparison of twin studies by the National Institutes of Health, the National Epidemiologic Survey on Alcohol and Related Conditions (NESARC) and NESARC III, conducted 11 years apart. The data was collected via face-to-face interviews of about 40,000 individuals aged 18 and older, focusing on their drinking habits over the course of 12 months (April 2001-June 2002 and April 2012-June 2013). 5

The studies found that alcohol use increased by 11.2%, high-risk drinking increased by 29.9%, and alcohol use disorder spiked by a drastic 49.4% over the 11 year span. The study used the DSM-IV’s criteria for alcohol use disorder (AUD). High-risk drinking was defined as 5 drinks per occurrence for men, and 4 for women, at least weekly. Since the survey only asked about past-12 month drinking, the numbers do not reflect alcoholics who had quit drinking for at least one year.

Increase in Alcohol Use Disorder Findings: 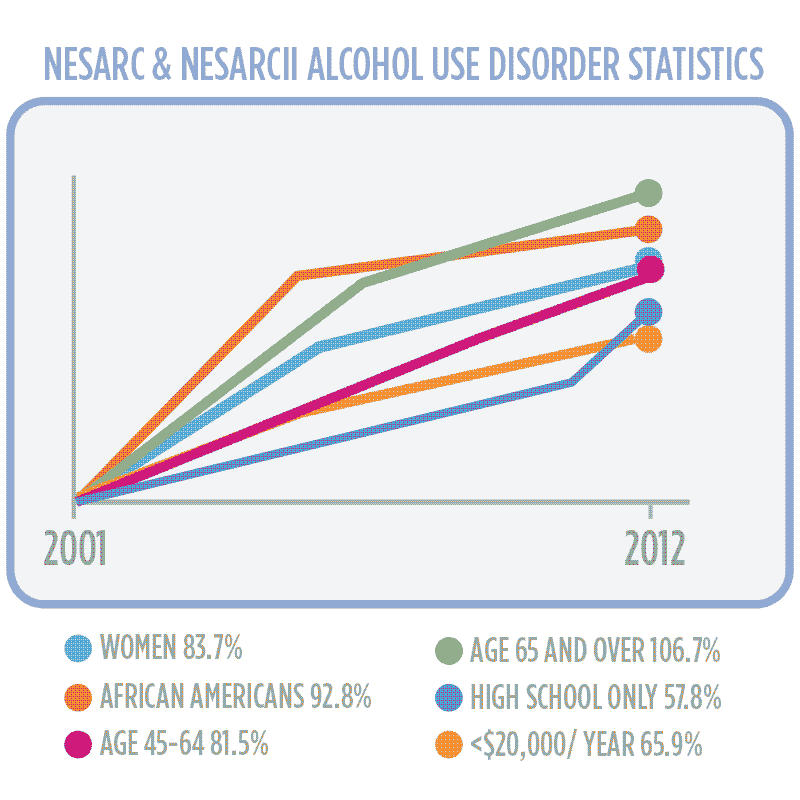 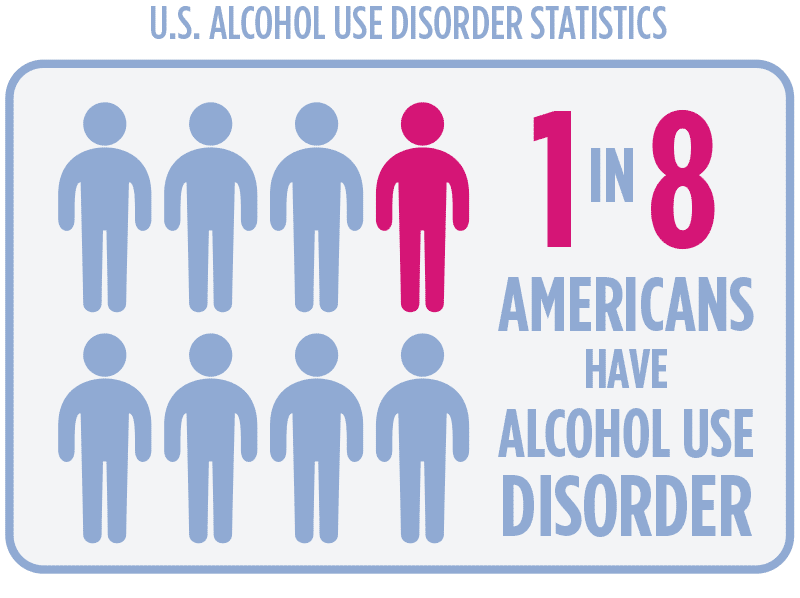 One in 8 Americans, according to the study, or 12.7% of the U.S. population, met the criteria for AUD—plainly known as alcoholism.

Again, it’s important to point out that the data only goes through 2013, so if the pattern continued at that rate, the current statistics for alcohol abuse and alcoholism would be substantially higher.

NSDUH’s 2016 publication states: “The NSDUH questionnaire underwent a partial redesign in 2015 to improve the quality of the NSDUH data and to address the changing needs of policymakers and researchers. For measures that started a new baseline in 2015, estimates are discussed only for 2016.” 6

In other words, the redesign adjusted criteria to suit men and women so that it’s more consistent with the gender-specific criteria used by NESARC and other big studies. Because of the change, NSDUH’s 2016 results are incomparable to previous years.

So how does alcohol abuse measure up to illegal drug use? In this study, the twofold death rate observed by the CDC matches up with the number of use disorders observed in NSDUH. 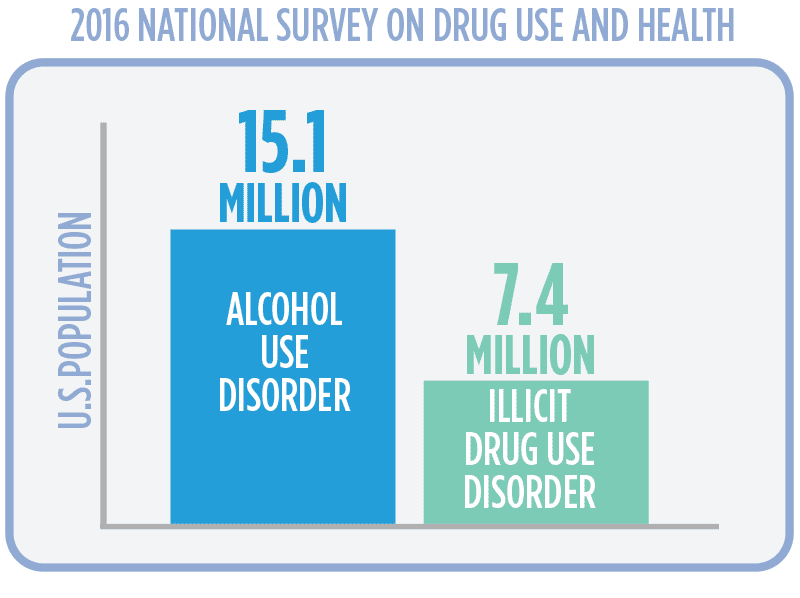 While many researchers agree that alcoholism has become an increasingly common coping mechanism for stress, despair, untreated mental illness and the like, others think that its increases can also be somewhat attributed to “widening social inequalities” after the 2008 recession, explaining the dramatic increases for certain demographics. 7

While studies point to a variety of causes, sources agree that substance abuse treatment, so much for alcoholism as illicit drug use, is an increasingly important commodity.

The NSDUH determines the need for substance use treatment by the number of people who either had a substance use disorder or received treatment for one in the past year.

According to its findings, about 1 in 13 people aged 12 and over need substance use treatment. For those aged 18-25, the statistic shoots up to 1 in 7 people in need of treatment. 6 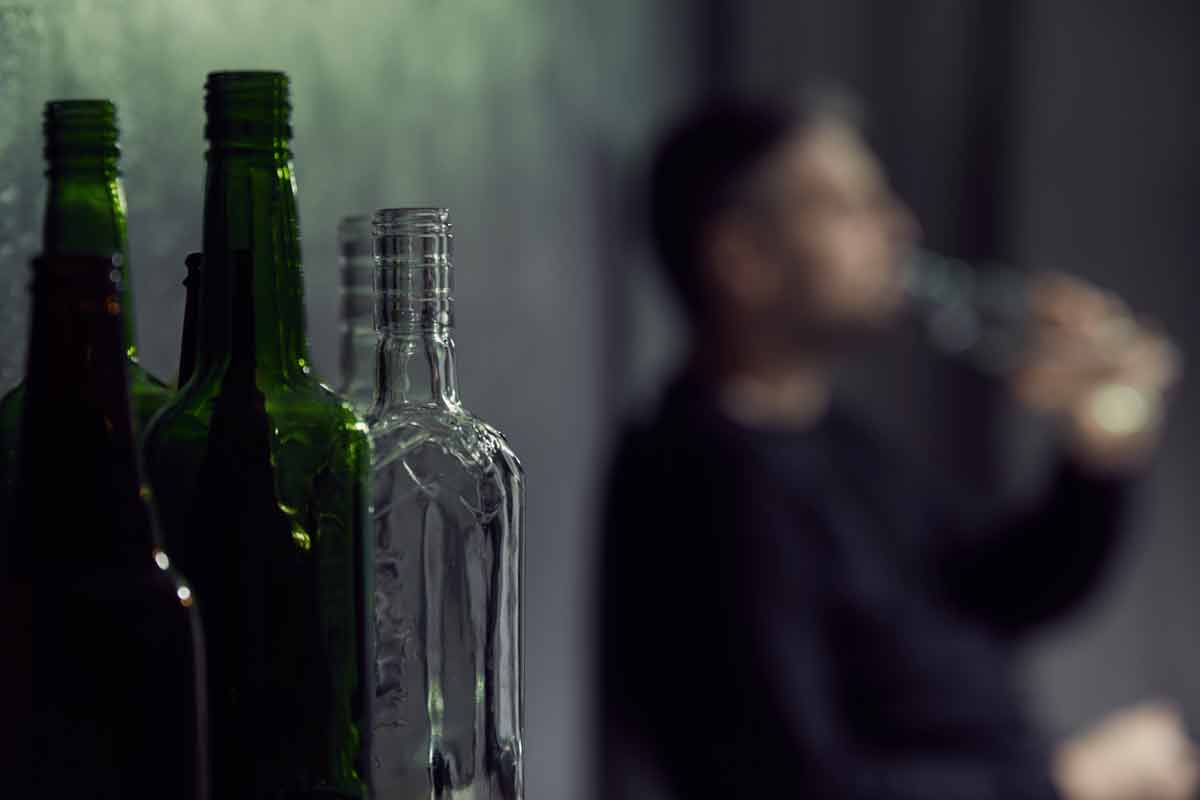 Article Name
The Statistics are In: Alcoholism Is Still the Biggest Killer
Description
Alcohol Use Disorder is still the biggest killer in America. The death rate is twice that of those who use illicit srugs
Author
Taylor J.
Publisher Name
Ventura Recovery Center
Publisher Logo