Darren Waller is a tight end for the American football team, Las Vegas Raiders. Before making it into the National Football League (NFL), he played college football for Georgia Tech where he was a wide receiver. His great-grandfather is no other than jazz legend Fats Waller.

While he may sound like he has a great life, it hasn’t always been that way. Darren Waller recently celebrated his third year of sobriety. In 2017, he was playing for the Baltimore Ravens when he failed a second drug test and was suspended for an entire season. This dark period of his life feels like a long time ago now, but his 3rd anniversary of sobriety marked a meaningful day for Waller.

Waller began taking drugs at the age of 16. He has explained that where he grew up, he wasn’t “black enough”. He was someone who was extremely smart and into sports. However, the athletes viewed him as a nerd, and he always stuck out among the people in his advanced classes. This left him feeling as if he didn’t belong anywhere.

The saga of his life was displayed on the HBO show “Hard Knocks” after he left the Baltimore Ravens to join the Raiders. On the show, he explained that he was “like a vegetable” when he was with the Ravens. He would get high everyday using whatever he could get his hands on. He began with opiates such as Oxycodone, and moved onto other drugs like Xanax and cocaine. Waller reached the point where he didn’t care about anything, not even the consequences of his actions.

Looking back, he said he was trying to plot his way out of the league through self-sabotage, so he didn’t look like a quitter. Waller wanted the NFL put him out of his misery.

After failing the second drug test with the Ravens and being suspended for a year, he continued using drugs and alcohol. He finally hit rock bottom after taking pills that were possibly laced with Fentanyl. Waller remembers sitting in a car for between four and five hours, thinking he may die.

The NFL had already suspended him, so he had no sports to turn to. This led him to have a heart-to-heart with this father. He ended up detoxing and attending a drug and alcohol treatment center in Maine. Lucky for him, he took to the program well. His parents felt more at ease as they saw changes in their son’s attitude and outlook on life.

Through therapy and group sessions, Waller finally began to understand the issues in his middle-class upbringing that contributed to his drug abuse. Once he completed his stint in drug rehab, he returned home to Georgia. He continued attending meetings, and began working at a grocery store stocking the shelves. Waller remained on his path to sobriety, and eventually it led to reinstatement.

Once he was clean, and free of the shackles of his substance abuse, the Ravens took him back as part of their practice squad. Waller spent all season practicing with the Ravens. Though he wasn’t actually playing in games, his life was set up around sobriety. Routine is a large part of an addict’s road to recovery. In fact, sudden change is said to be a trigger for relapse.

Soon, Waller received a call from his agent and within four hours was on a plane to Oakland. That November, Waller was signed by the Raiders and left the Raven’s practice squad. He received a crash course of the Raiders system, and made his first team contributions in a 30 to 16 loss against the Cincinnati Bengals. In the late first quarter, he ran 21-yards on a tight end reverse. During the second quarter, he caught a 44-yard pass that helped set the Raiders up for their only touchdown of the game.

Waller’s crash course on learning the offensive side of football was significant because this came after he served two NFL suspensions due to substance abuse. He played as wide receiver at Georgia Tech, but this is uncommon for a player his size. Additionally, he’s too fast as a linebacker, and too big to play as a corner or safety.

The good part is Darren Waller came with no risk at all to the Las Vegas Raiders. He’s signed to a veteran minimum contract, and at 6-foot-6, 255 pounds, his skill set is undeniable. Waller hasn’t disappointed them on or off the field, and Coach Grudin couldn’t be more proud to have him. He recently became only the second tight end in the team’s history to rush more than 1,000 receiving yards in a single season. His 90 season catches also places him in second to the Raiders’ Hall of Famer, Todd Christensen who had 95 catches in one season.

In the end, Darren Waller is happy to be sober and in Vegas playing with the Raiders. He explained that he feels at peace and is excited to continue writing this next chapter of his life.

See his other work here: 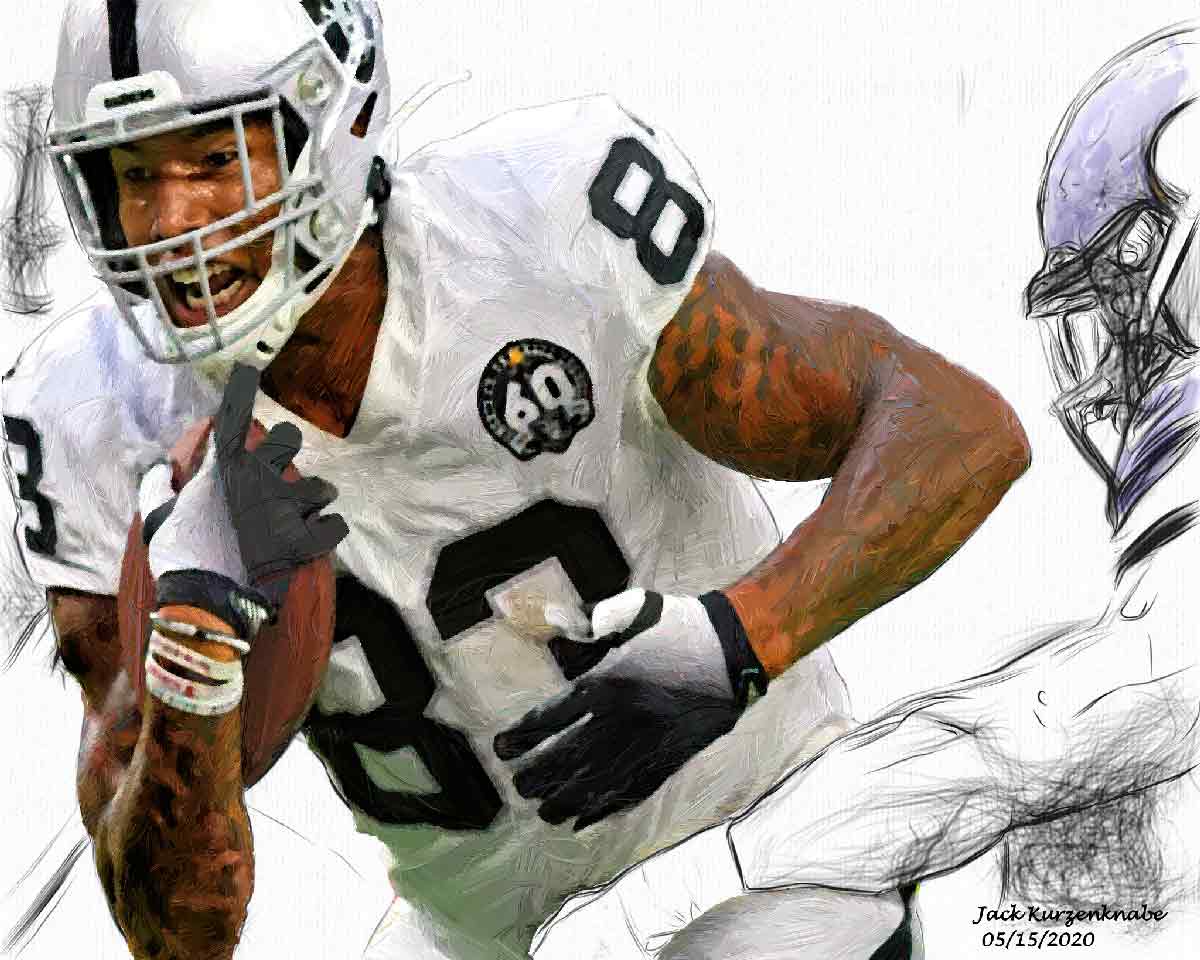 Article Name
Darren Waller Finds Peace in Sobriety
Description
After suffering from drug addiction, Darren Waller is happy to be sober and in Vegas playing with the Raiders. He explained that he feels at peace and is excited to continue writing this next chapter of his life.
Author
Miss Heather
Publisher Name
Ventura Recovery Center
Publisher Logo