On Sunday January 26th, entertainment superstar Demi Lovato took the stage of the Grammy Awards. This was her first public performance in over two years. Looking healthy and glowing, she wore a white ball gown and shared the stage with one piano player. As she belted out the first few notes, the world watched as she was overcome with emotion. She sang “Anyone” with conviction and passion. We all saw, and felt, the emotional return of a beautiful performer to the stage after years of battling with drug addiction.

Ms. Lovato’s story has been a public one. Born in 1992, she started her entertainment career on Barney and Friends. Later, she starred in the Disney series “Sonny with a Chance.” Her recording career began with the successful release of “Don’t Forget” which debuted at Number 2 on the Billboard 200 in 2008. Her subsequent albums, “Here We Go Again,” Unbroken,” “Confident,” and “Tell Me you Love Me,” all featured top 20 hits as her touring career blossomed and grew. She also appeared in television shows, including X Factor, Glee, and Project Runway.

Throughout her successful career thus far, she champions efforts to address mental health issues and has been very open about her own struggles with depression and addiction. In 2010 she attended inpatient drug rehab in Chicago. Ever transparent about her struggles, the singer told her fans she was seeking help for “emotional and physical issues.” After 3 months her health had noticeably improved her sobriety was short-lived. Entering a sober living home soon after, she embarked on a strong recovery path lasting 6 years. According to her family, while she was able to stay sober for most of that time, she still suffered from anxiety and depression.

In June 2018, Lovato released the single “Sober.” In the lyrics she speaks openly about her struggles with staying in recovery:

I wanna be a role model, but I’m only human.

“]In July 2018, Demi overdosed in her Hollywood Hills home and was revived with Narcan. She was taken to Cedars Sinai Hospital in Los Angeles, where she stayed for twelve days. After her stay she immediately entered inpatient rehab for treatment.

I have always been transparent about my journey with addiction. What I’ve learned is that this illness is not something that disappears or fades with time. It is something I must continue to overcome and have not done yet.

On Sunday the world was able to see the brighter side of recovery. A beautiful, courageous woman in white stood before us and opened her heart to us. And, as she sang of her struggles and inner feelings, many of us cried with her. While she sang of pain, she was a vision of hope.

“To see Demi come back to the stage…so lovely and so bright….it’s an inspiration,” states one woman in recovery. Those who have struggled with addiction and depression know that it is a chronic problem that never can be cured. But, with work, it can be managed. Relapse is often a part of our story, but it doesn’t have to be the end. We come back and we try again, like Demi. She is a shining beacon of hope for those still struggling with drugs and alcohol…a true redemption story, and we thank her as she continues to speak freely about the struggle to maintain sobriety and to manage emotional turmoil. We wish her all the best. 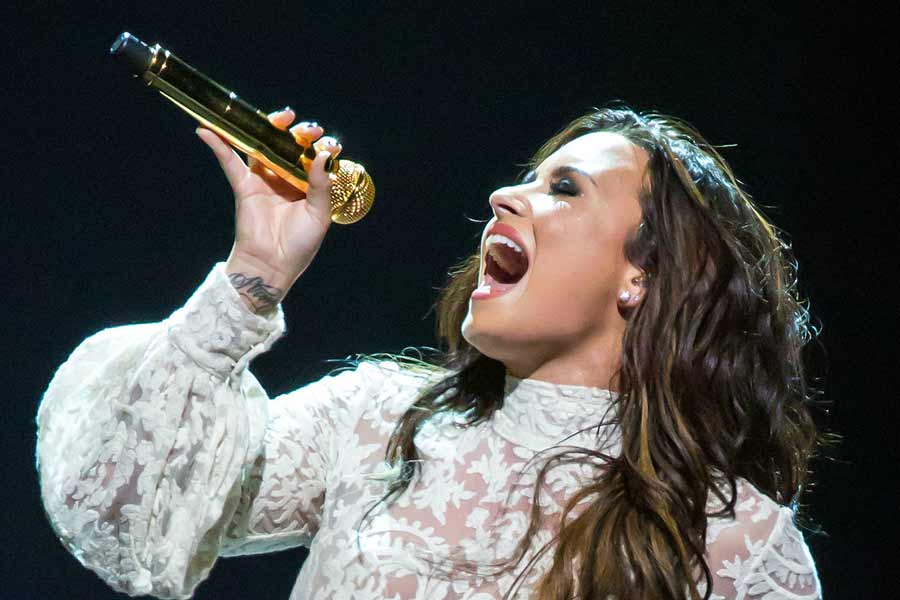