What is a Dry Drunk?

“You can take the man out of alcoholism, but you can’t take alcoholism out of the man.”

The road to recovery from alcoholism or drug addiction can be long and rough going, but beautiful on the other side if we’re diligent. Even after we’ve withdrawn from alcohol or drugs, we still have tendencies linked to alcoholism in our everyday thinking and actions. Quitting alcohol creates a void that, when unfulfilled by healthy new actions and mindsets, can give way to destructive behavior like anger, anxiety and depression.

The term dry drunk refers to an alcoholic who has not filled the drinking void with a constructive, healthy alternative. Instead, life may feel overwhelming or just plain dreary. Dry drunk syndrome can manifest in a variety of feelings, including anger, dissatisfaction, depression, boredom, and that sobriety is a punishment or waste of time. It’s most common for people who quit drugs or alcohol on their own, without the help of professional treatment and a support network of other alcoholics in recovery. They often don’t know how to address the damage done by their drinking, or the damage that drove them to drink in the first place.

R.J. Solberg defined it in his 1970 book, The Dry Drunk Syndrome, as “the presence of actions and attitudes that characterized the alcoholic prior to recovery.” To his friends and family, the dry drunk may appear to behave no differently sober than he did when he was drinking. Or, his behavior and attitude may be even worse. A dry drunk usually has tender nerves that, without the alleviation alcohol once brought to them, are now exposed. When touched, they incite unpredictable lashing out.

He may be physically sober, but his mindset is not. It’s closer to it was before the first, second, or fifth drink. He may still be obsessed with drinking and white-knuckling through sobriety, struggling to stay on board with the idea of abstinence. Lacking the coping skills necessary to handle life’s inevitable ups and downs, the dry drunk is like someone who has gone blind and refuses to learn brail—or simply doesn’t know that it exists. Like going camping without a tent, he’s not armed with the proper resources to take care of his emotional sobriety. The frustration can lead to acting out and, ultimately, relapse.

Dry drunk syndrome is often considered “pre-lapse” behavior. When people experience dry drunk syndrome, they might get discouraged and feel like sobriety isn’t worth the effort, leading them closer to the first drink. It can take a lot of different forms:

The longer an individual has been drinking, the more psychological and mental withdrawal effects of getting sober he’ll usually be up against. Retraining your mind to think in new ways and going against what have become your natural instincts to build new ones are not easy feats to accomplish alone. All of life’s terms are still there, but your go-to solution, alcohol or drugs, is out of the picture and suddenly everything becomes more difficult to bear. Everything that drove you to drink is still alive and well. Whether it’s getting turned down at a job interview, going through a divorce, a death in the family, fighting with others—life doesn’t miraculously become perfect once we get sober. It’s about learning how to deal with life’s trials in a healthy, proactive way.

That’s why many alcohol and drug rehabs offer long term, dual diagnosis programs. Achieving stability in sobriety isn’t an overnight matter, nor is it an easy one. It often takes a great deal of time, effort and support to feel strong and content sober. Being clean and sober doesn’t have to feel like jail time, or some form of punishment for past wrongdoings. It can be filled with new passions, hobbies, meaningful relationships, positive thinking, gratitude and a feeling of emotional balance instead of hanging in that dry, gray area between drunk and sober.

When equipped with the proper tools, alcoholics learn that life can become vibrant, interesting, and full of new opportunities. Long-term, happy sobriety is an inside job that requires more than physical abstinence. Addressing emotional wounds may be painful, but embracing the process and healing them with professional support can give way to a meaningful, joyful way of life.

“Some people feel the rain, others just get wet.” 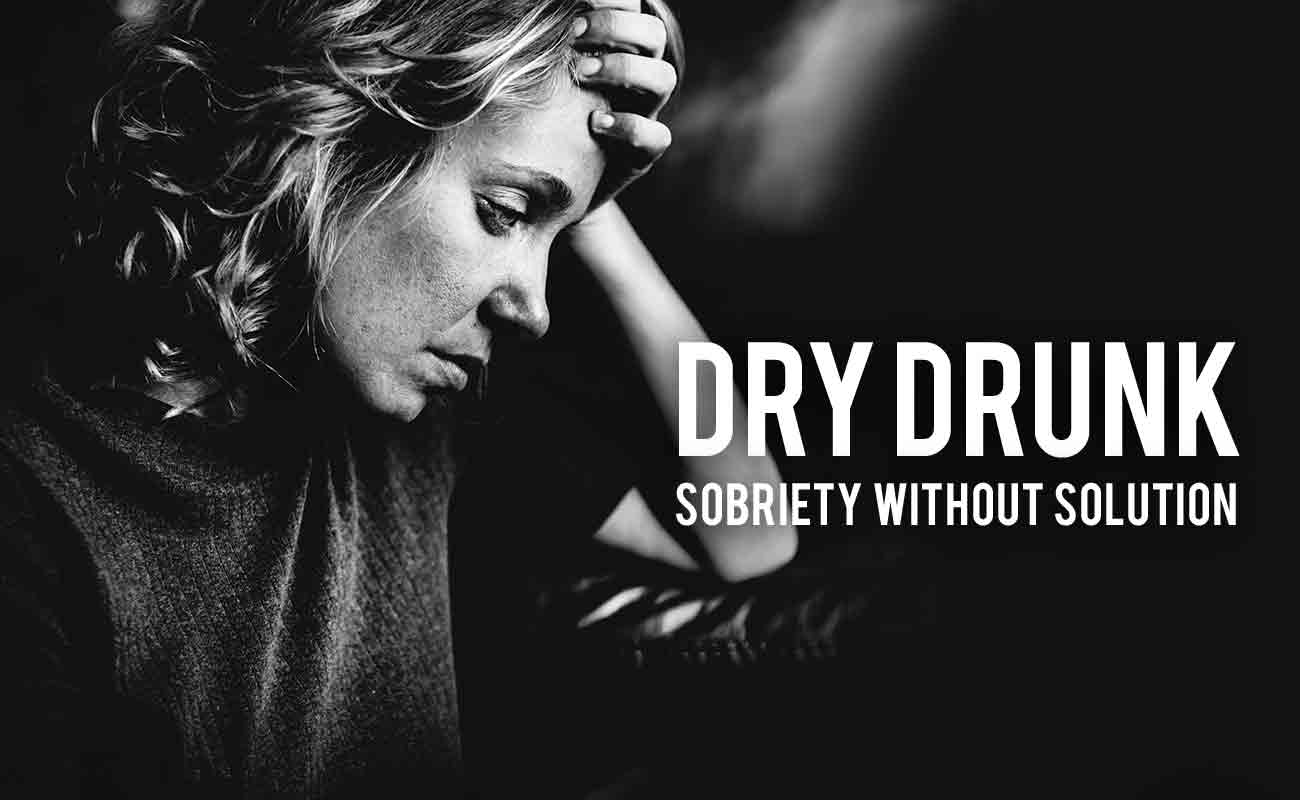 Article Name
Dry Drunk: Sobriety Without Solution
Description
What is a dry drunk? Someone who removes alcohol for their life without replacing it with healthy alternatives. As a result, sobriety can seem depressing, hopeless and dull.
Author
Taylor J.
Publisher Name
Ventura Recovery Center
Publisher Logo