Eminem, born Marshall Bruce Mathers, came to fame as a representative of the underclass. Today, Eminem is far from the underclass. He is famous and wealthy. With a net worth of $230 million, he has undoubtedly made his way up in the world. But even all his money and fame could not prevent him from falling into the same trap that so many artists fall into after they get famous. It is the trap of drug addiction.

Eminem did not get addicted to illegal narcotics like heroin or cocaine, though. When his entertainment career took off in the early 2000s, he got the opportunity to star in a dramatic film called 8 Mile. It was during the filming of 8 Mile when he got addicted to the prescription drug, “Ambien.” He took it to help himself get some sleep in between shooting scenes of the film.

Unfortunately, Eminem could not quit Ambien after the film was finished. He loved the way it made him feel, so he took more Ambien for several months. After his body developed a tolerance to the drug, Eminem increased his dosage and began taking Vicodin and Valium as well. Sometimes he would break up between 20 to 60 sleeping pills and consume them all in one shot.

In 2007, Eminem suffered an overdose that almost killed him. It took him nearly one year after that to clean up his act and refrain from consuming any more sleeping pills. A rehabilitation counselor helped guide him on the path to sobriety until he finally got there. Since April 20th, 2008, Eminem has remained sober by successfully avoiding all prescription sedatives and sleeping pills.

Eminem realized that his addiction problem was probably inherited from his mother, who also had her own addiction problem. “It never once hit me that drug addiction runs in my family,” Eminem said in a 2009 People Magazine interview. “Now that I understand that I’m an addict, I definitely have compassion for my mother.”

On April 20th, 2020, Eminem celebrated 12 years of sobriety. He shared this fantastic news with his followers on social media by uploading a picture of his sobriety coin. The coin has a mixture of black, blue, and silver colors, with an engraving of the number 12 in the center of the coin.

Eminem is 47 years old and still going strong in his music career. He is one of the best-selling rappers and musicians in American history. His records have generated over 200 million sales and counting. As for his accolades, they include one Academy Award, 17 Billboard Music Awards, and 15 Grammy Awards. The greatest achievement in his career was to have ten consecutive albums rank number one on the Billboard 200. 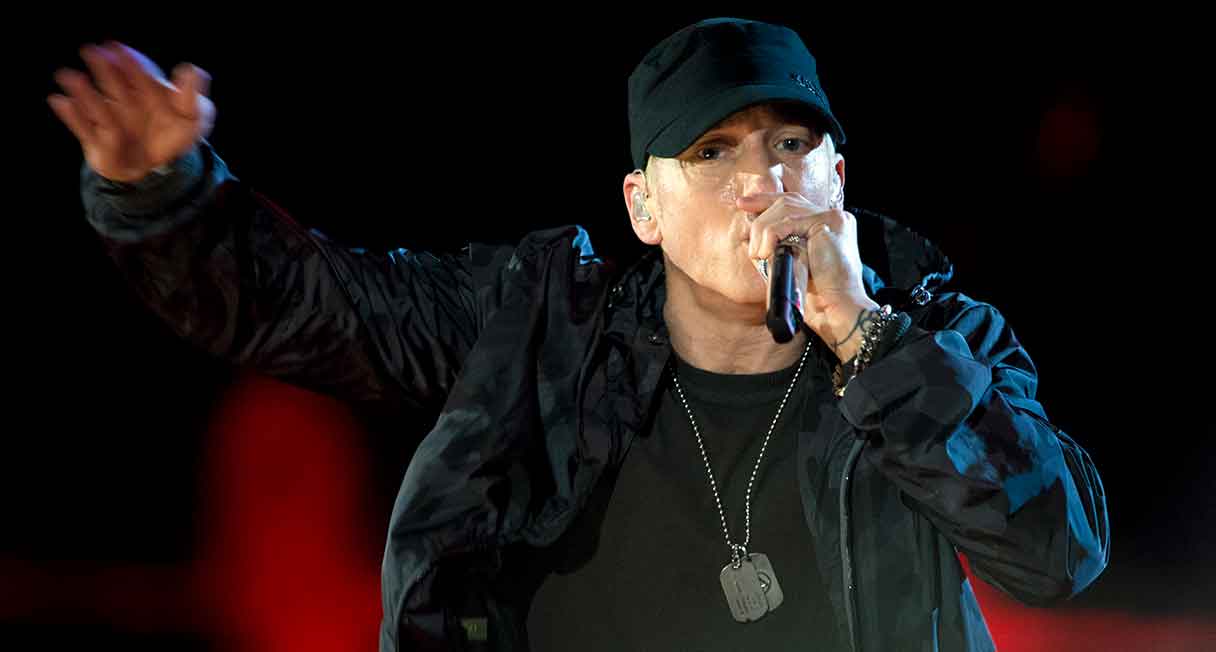