On Sunday, Shia LaBeouf won an award for writing Honey Boy, the autobiography of his life. While accepting his award at the Hollywood Film Awards, he shocked a few people. Instead of the usual accolades and “thank-you’s” in his speech, he expressed gratitude for his sobriety. He recalled the day he was arrested in Georgia in 2017. He actually thanked his arresting officer for “changing his life.”

LaBeouf, 33, was no stranger to Hollywood headlines and hijinks in recent years. Perhaps his most famous prank was his appearance on the red carpet at a movie premier in Berlin wearing a paper bag on his head. Eye holes were cut out of the bag and the words “I am not famous anymore” were boldly scrawled in front. We may never know if this was just an art statement a drunken stunt, but we do know one thing: Shia is not interested in that kind of attention anymore. Since his arrest for public drunkenness that fateful night in 2017, Shia has taken the steps to change his life completely.

Like most of us, Shia LeBeouf’s drunken “new low” was “mortifying.” He was recorded shouting racist slurs, resisting arrest and throwing a tantrum. When the footage was released, Shia admits to being “mortified,” and ashamed of his actions. Instead of continuing these actions, he took this opportunity to apologize to the public and “actively take steps toward securing sobriety.” He entered rehab, got a sponsor and started to do things differently. His creative focus shifted to writing while in drug and alcohol rehab, where he wrote Honey Boy.

Active addiction recovery has shifted LaBeouf’s focus from himself to connection with others. Many in recovery agree that our need for drugs and alcohol comes from a deep selfishness. Drugs and alcohol give us what we think is “relief” from the constant chatter and self-reflection in our heads. This “relief “just deepens our selfishness and cuts us off from others. Shia finds REAL relief and connection with his new creative venture with Slauson Rec. Theater Company. This is a performing arts initiative that encourages people to share their stories whether or not they are trained actors. Through this and other endeavors, Shia has found the secret formula to getting and staying sober: Care About Others.

The stories we hear about Hollywood Bad Boys are countless. It is a refreshing change to hear how someone emerged from a terrible and mortifying experience with the drive to change his life and help others. Our hats are off to Shia LaBeouf and we wish him continued success as he pursues a sober and fulfilling life. 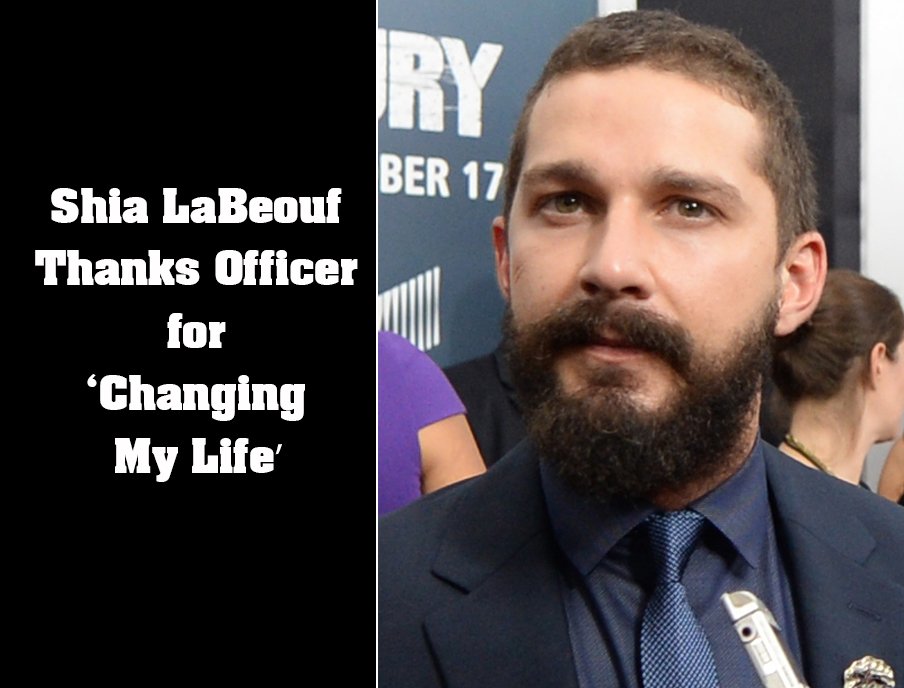