The Jaywalker: The Story of An Addict

While every story about how an addict/alcoholic used their first drug or picked up their first drink may differ, how we felt in our addiction was very much the same.

The move (Childhood “the ism”)

At the age of 10 years old cold hard reality came crashing down on me the laughter and innocent games of childhood seemed to have faded away. My mother, father, brothers and I had just moved into a new neighborhood, for the first time I started to see my parent’s relationship as it really was, toxic. My father would get drunk every free moment he was not at work, passing out in the living room an leaving me to take care of my younger brother while my mother was hard at work making money to support the family. And whenever they would encounter each other they would get into screaming matches that would sometimes escalate into violence. Then they got in the biggest fight of all, and my mother made the best decision she could for herself and us kids. She decided to get a divorce. After my parent’s separation the spell of disillusion broke in my minds eye. My father went from being this hero I made him out to be into being what he really was at the moment: a man who hit my mother and would get drunk to oblivion. Although he loved his children and wife, alcohol and drugs were his master. I could not understand why he would choose drugs an alcohol over his family if he truly loved them. The divorce had been the match that set fire to a line of traumas and abuse that would take place over the next decade of my life.

Depression and social anxiety eventually set in. From a young age I felt different than other kids. It was like being on the outside looking in, and no matter what I did it would never add up to good enough. I would see “Normal people” who found it so easy to fit in to society, people to whom success, confidence, and conversation always came so easy. I wished and dreamed of having what those “normal people” had. I placed blame for the pain that was inside of me on anybody, everybody, and especially myself.

In the years following divorce I had experienced emotional/physical abuse and been molested. I descended further into negative thinking patterns, self-depreciating behaviors, and depression. I slowly became more anti-social and pushed myself further away from friends I once had. At this point I had tried many things to escape from the pain including pills, alcohol, and self-mutilation. My mind became the hell I lived in and I no longer trusted anyone. My mother got remarried to someone who treated her better and my father had been in and out of my life.

Off to the races (8 years later)

For the first time I was free to make my own decisions, the day after graduation I decided to get out of dodge an moved out of my mother’s house. I moved in with a partner who I had been with since junior year of high school. One night she convinced me to go out with her to smoke marijuana for the first time. Once the drug had hit me I had arrived. I felt so free. I no longer felt like an outsider, I felt as if I finally belonged. The painful memories/ feelings that ate at me disappeared. The anxiety slipped away, and talking with people became second nature. I was able to be everyone’s “friend” so easily.

Eventually marijuana was not enough to mask the pain. My addiction progressed into benzodiazepines and that is where everything took a turn for the worst. I would socially use marijuana and alcohol, and only use benzodiazepines when I was alone. The worse my drug addiction got, the more I shut out my family. The drugs became my temporary heaven and while I was high I could be free from myself. When I did not have the drugs, I would panic because without them I felt I could not be “normal” until I had them once again. My life was no longer mine I had become a slave to the pills. Over the years many relationships were lost, and I had moved many times to start anew after things would crash and burn. As my addiction progressed I surrounded myself with worse crowds of people. I had many points of rock bottom in my addiction, but none were enough to get me sober. I could not deal with life on life terms. My mother and my step-parent offered me treatment I declined it. The addict inside me convinced me that there was nothing wrong with me and that my parents were the ones that were the problem. In reality, I did not know that I was afraid of what life would be and what I would be without those pills.

My addiction grew darker and darker until the day it all came crashing down to the biggest bottom I’d experienced, it was as if I had snapped awake from a sleep I had been in for many years since my drug use began. The experience that made me decide to get help and want to be sober was a dark one but one that eventually gave me the life I’ve always wanted. Because of this I grew into the person I always wanted to be.

Upon arriving in treatment, I felt like an emotionless robot. My addiction had done a number on me. I did not want to live or die. I had given up. I felt I had destroyed my life to the point of no return. At first, I was a bit stand offish. I had not been around many good people in the past and I did not know what it felt like to have people genuinely care about me other than my parents. I came to meet people at VRC and in the program of AA. They had my best interest at heart, although at first a bit uncomfortable as I was not use to it. I started to see the good in the world again a little bit at a time. I had never been to an AA meeting before or worked the 12 steps. In the end I had run out of options and ideas an figured that if therapy, groups, AA, or the 12 steps could make it better in any way I had to give it my all. Using what was left inside of me, I put everything I had into the program at VRC. I was as honest and open as I possibly could be, doing what was one of the more difficult things I had done in my life. In the end it was more than worth it.

Once meeting my sponsor, starting to get into the steps and talking with people in the program, I started to realize that I was not alone like I had believed I had been all those years an through time people AA loved me until I could learn to love myself. The VRC Staff supported me through my emotional ups and downs providing me with the support I needed until I was able to deal with life on life’s terms. From individual/family sessions, groups, taking me to AA meetings, there were countless ways they showed support an aided in my recovery. Through time, little by little, day by day I got better.

It is not perfect today, but I can honestly say I’m living my best life. No matter what, life is a roller-coaster and has its ups and downs, the difference is today I can deal with life on its terms without the need for drugs. Arriving at VRC I had nothing left, I had lost all my friends, my place to live, all my belongings except a few things and hope. Currently I will have 6 years sober at the end of October. Today I am happily married, have a dog, a car, my own apartment, a good job, real friends and have better relationships with my family. I’m finally able to be who I always wanted to be for my friends, family, and myself. To someone those things may not seem like a lot but to me they are the things I wanted most in this world. Every year I continue to set new goals to achieve. I can’t wait to see what the future holds for me.

“At any given moment, you have the power to say: This is not how the story is going to end.” 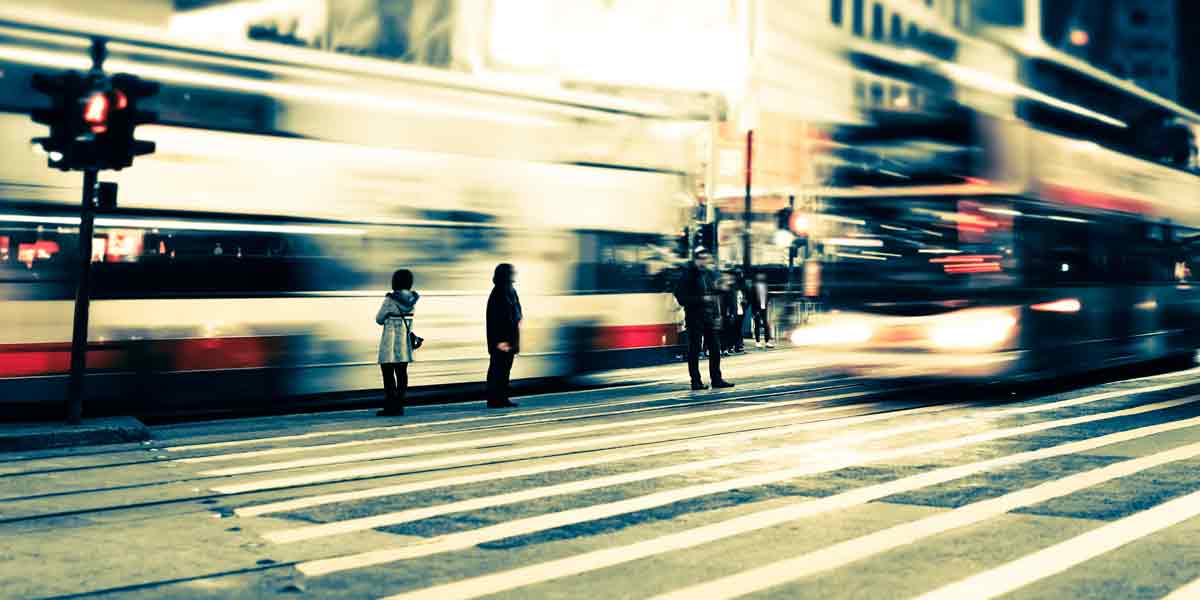 Article Name
The Jaywalker: The Story of An Addict
Description
Just when she thought her life was over, this woman found recovery and a new life she never could have imagined.
Author
Anonymous
Publisher Name
Ventura Recovery Center
Publisher Logo