I remember when I got serious about sobriety (this time), I was done….just done. I woke up one morning after a good drinking run. It was a particularly difficult or especially different morning. My head was pounding. My vision was blurred. I was hung over….again…after getting drunk….again. I didn’t black out (for long) or make a flaming fool of myself (too much) the prior evening. I woke up in my own house. I knew where my car was parked. Hell, I still HAD a car. Certainly there had been worse drunks that this particular debacle. There had been much lower bottoms and dire consequences in my lengthy drinking career. But there was something different about this day. I just knew I could not do this ONE MORE TIME. I was done. Scratch that. I was done being done.

So I did something different this time. I started going to AA meetings. I called myself an alcoholic….out loud. I got a sponsor and I started doing what she said. I started telling my friends that I quit drinking. And lo and behold, I started feeling better.

One day very early in my sobriety, a friend said something that stuck with me. He said, ”Why did you tell everybody you are an alcoholic? Now you can’t drink again.”

I said “Don’t you think it’s a good idea to stop drinking and get better?”

He said, “Yeah, but I like to keep my options open.”

I get it. My friend is a normal drinker. He HAS options. He can put down the alcohol for a day, a week or a month. He doesn’t black out and create havoc in his life. He never woke up on someone’s lawn or hurt people because he was drunk and stupid. What someone who HAS options doesn’t understand is an alcoholic, at some point, has drunk him or herself into a corner.

Here were my options at the time:
1. Continue drinking and slowly and painfully kill myself and lose everything that is important to me, or:
2. Suck it up, do the work and try to change my life.

My choices were very few. My luck had officially run out.

The alcoholic who used drink to balancing his fears and his moods, now struggles to raise even a smile when drinking. The light goes out behind the eyes and eventually, it goes out permanently.

IVAN MASSOW, “Alcoholism is a Disease That Tells You That You Haven’t Got a Problem”, Huffington Post, August 6, 2015

Now, just a few years later, I am facing another sobriety birthday and reflecting on my new way of life. I still have friends that think that I have “given up” so many of the things they love about drinking. I feel I haven’t given up those things. I felt all of those things at some point in my drinking. I just used those feelings and “options” up. So what exactly have I “given up” for sobriety? Here are a few things I can think of.

Things I Gave Up When I Quit Drinking

1. I Gave Up Hangovers

Yeah. Duh. I haven’t had a physical hangover in almost four years. No pounding head, No nausea. No soul-crushing fatigue. Memories of those terrible feeling the “day after” still give me the willies to this day. I don’t put toxins in my body to “numb” the pain so I don’t get intoxicated. Therefore I don’t need to purge those toxins in the following days. It’s a simple cause and effect equation. What a relief.

While the symptoms of a physical hangover can feel terrible, that’s not the only kind of hangover. The worst kind of hangover, in my opinion, is the emotional hangover. Most of us know what that is. It’s the sick feeling in your gut when you think of the things you did last night. Or maybe you can’t remember last night and the possibilities could be even worse. Why did I say that? Why did I do that? How did I end up there? These haunting questions can play themselves in a hung-over head over and over. Guilt, fear and remorse can take a far worse toll than a headache on an old alcoholic like me.

So, if I don’t put alcohol in my body I won’t act like a fool and experience emotional and physical hangovers. That, just in itself, is great, What is even better is the lack of SOBER emotional hangovers. Let’s face it, I acted up and hurt others my whole life, whether I was drunk at the time or not. Active recovery has helped me to see that and make changes. With work and abstinence I have learned how to behave like a grown adult, to hold my tongue and to treat people with respect. I can go to bed and sleep like a baby. I can wake up in the morning and hold my head high. That’s the kind of high I like best now.

“I feel sorry for people that don’t drink because when they wake up in the morning, that is the best they’re going to feel all day.”

(Note: Waking up feeling good feels pretty darned good if you ask me.)

My life before was a bad soap opera. Hurt feelings. Broken hearts. Lost jobs. Car wrecks. Infidelities. The choices I made while drinking made my life a mess. Because my life was a mess I “had” to drink. It was a constant cycle of drama, depression and drunkenness. I don’t want to overstate the issue. There were good times too. Some relationships built in that time are still meaningful today. But if I look at my life in total as a casual observer, it was really just one bad decision after another.

Today I know how to make choices that will bring me peace and help others. The key is that I have help. I have a sponsor and other sober friends that can help me see situations more clearly. I have emotional tools that help me stay even, instead of slave to tumultuous tide of blind action and reaction. Staying active in recovery and helping others who want to get sober shows me that my actions affect more than just myself. The cheap drama that was my life before is more like a heartfelt dark comedy today. That comedy gets a little lighter with time.

Any alcoholic will tell you that we lie. We can’t seem to help it. Is it some self-protection thing? I don’t know. You could ask me a question before and what would fall out of my mouth was not even remotely true. I remember often thinking, ”why did I even say that?” I would lie even when it didn’t help my situation at all. Today I can pause before I speak and make sure I am truthful. Or I can keep my mouth shut. That’s an option I never knew I had. Listen, I would be telling a lie if I said I never lie. But I lie a lot less and I can correct the situation when I do.

While I was drinking, not only would I lie to others, I would lie to myself. This is the insidious little voice that kept telling me “you’re not an alcoholic.” The lie would tell me that I could switch from wine to beer and everything would be alright. The lie would tell me that if I moved to another city or got that job I wouldn’t need to drink anymore. The lie told me that I needed alcohol to get through the day. I deserved a drink at the end of that hard day…or good day…or boring day. Guess what? The little voice was lying. Switching from wine to beer didn’t work. I just drank more beer….really fast. When I moved or got that job, guess who came with me? My alcoholism. Drinking at the end of a hard day didn’t make it better. It made my good days bad and my boring days sad. When I looked at the facts and finally decided to tell myself the truth, it was actually a relief. I am an alcoholic and I can’t quit by myself. Those words lifted the burden of lies and helped me start a new way of life.

4. I Gave Up Being Alone

I like to think I started my life (somewhat) normal. I had friends. I went out into the world and tried new things. When I started drinking, alcohol systematically took all the things that were good about me. I quit college because I wasn’t finished “partying.” I stopped calling friends and going to see them because I was usually drunk and embarrassed. I stopped going into the world, electing to work from home instead of facing the cold cruel world. My world got smaller and smaller until I was drinking alone and staying alone.

As we became subjects of King Alcohol, shivering denizens of his mad realm, the chilling vapor that is loneliness settled down.

When I decided to get sober, I had to change the way I interacted with the world. The first thing I had to do was go to Twelve Step meetings whether I wanted to or not. Believe me, I NEVER wanted to go to those meetings. What…hang out with all those happy shiny people? No way. But I went, rain or shine, and started to feel better. After decades of isolation I started to connect with new people and make a few friends. The next thing I did was get a sponsor. She was someone who could mentor me and help me get through the early days with no alcohol. I had to trust her and take her suggestions. That wasn’t easy either, but I did it. One day turned into two, which became a week, a month, 6 months and a year. All that time with no alcohol. That’s what I call a miracle. Getting out into the world, which (believe me) was a scary place, actually helped me to start a new life. For the first time in many years I am not lonely.

So, here we are, a few years later and I am still sober. I thought I was giving up fun, calm and relief after a long day. Strangely enough I get those things completely sober. I laugh harder than I ever laughed. I feel a peace I didn’t think possible. I no longer believe the delusion that drinking brought relief. Instead, I gave up abusing myself physically and emotionally. I gave up the lies I told myself. I gave up the chaos and mayhem I created in my life. And, best of all, I gave up being lonely. Sobriety has taken away many of the things that made for a miserable life and in return I have the gift of connection and real relief.

The day I became free of alcohol was the day that I fully understood and embraced the truth that I would not be giving anything up by not drinking. 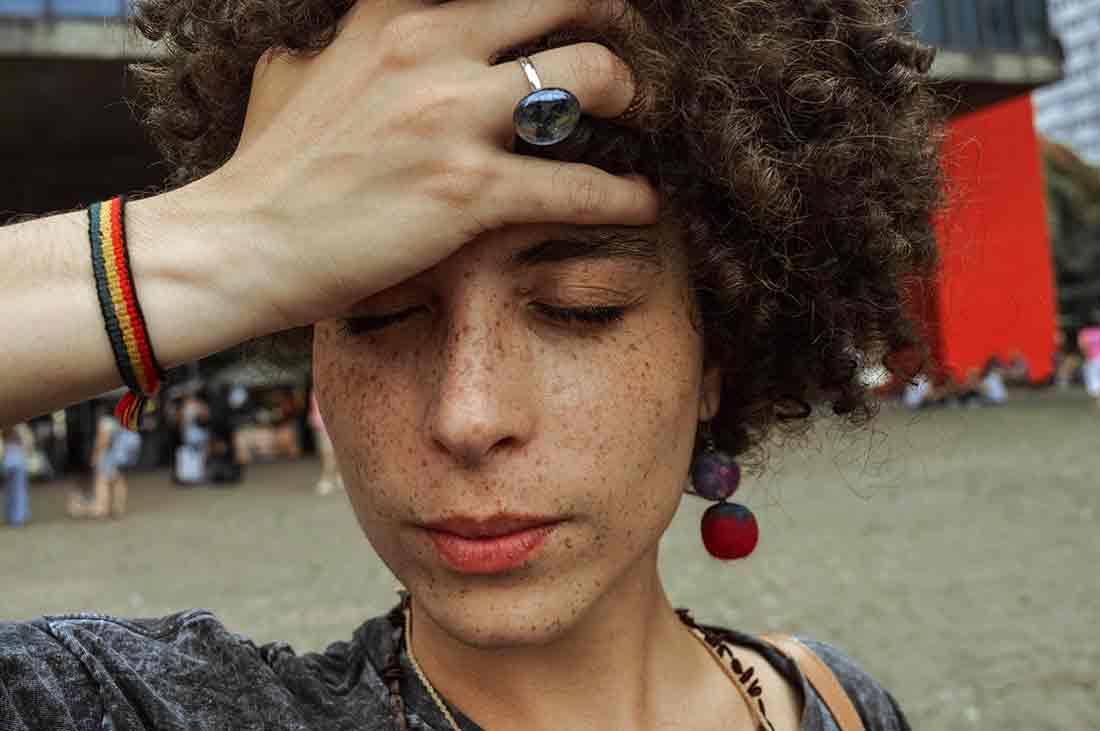 Article Name
What Did I Give Up When I Quit Drinking?
Description
I thought I would give up ever having fun again when I quit drinking. In truth, I gave up a sad way of life and started a better one.
Author
Chris Davenport
Publisher Name
Ventura Recovery Center
Publisher Logo